Audi knows no short cuts. From the performance and handling to the expressive comfort and elegance, advanced is the word when it comes to Audi and Audi Accessories. Anybody who drives one understands what they have in their model, from the insightful A4 to the A6 Quattro and every model in between: refinement; technique; class. If you believe that your Audi is capable of transcending the masses, then IMCarExperts.com thinks along with you, which is why we are your home for all of the best Audi Accessories and Parts that display your personal influence. Bridging the gap between substance and style can be a challenge, even for the shrewdest of drivers. Audi Accessories at IMCarExperts.com are an easy find for everyone. We review all of the additions your vehicle needs to be at its best both inside and out. Superior quality with superior service – when you’re looking for top-quality Audi Accessories and parts, this is the place to be…

Audi is one of the world’s most recognized manufacturers of luxury cars and SUVs. Audi’s history can be traced back over a hundred years, when its founder August Horch engineered the assembly of an automobile and auto parts for his own company. However, Horch would be forced out of the enterprise come 1909, but it wasn’t long before he was up and running again. Due to legal constraints, Horch was unable to use his own name “Horch” for his new outfit, so his son suggested “Audi”, which is a Latin derivative for the term “hear”. 1910 was when Audi Automobile Works was officially formed. Throughout World War I and entering the era of the Great Depression, Audi built multiple prototypes, but its Type K is what set the tone early as it was the first German left-handed drive car to be produced. In 1932, Audi joined forces with Horch, DKW, and Wanderer to form Auto Union. Soon after, the company released the Audi Front, a sedan equipped with a 6-cylinder engine and front-wheel drive. World War II severely set back Auto Union however, and it wouldn’t be until 1949 when the auto-conglomerate would pick back up on its levels of pre-war production.

Volkswagen would go on to purchase Auto Union in 1964 with the Audi name the only one left standing. The first Audi to make its mark under Volkswagen was the 100, a spry 2 or 4-door coupe/sedan equipped with a peppy 1.8L 4-cylinder engine. Right on its heels was the Audi 80, which would later go on to influence the development of the Volkswagen Passat. In 1980, Audi made a definitive splash with the Quattro. The Quattro was an all-wheel-drive coupe, making it a pioneer in the world of four-wheel drive sedans. It would also lead to the “Quattro” all-wheel-drive system eventually offered in all Audi models. A shortened wheelbase version of the car entitled the Sport Quattro was unveiled in 1984 and was also a hit on the rally circuit. The 1990s ushered in a more luxuriously-minded fleet of Audi offerings, including the A3 and the A4. The A4 premiered in 1994 as a descendent of the Audi 80 and like its stablemate the A3, was offered in both front and all-wheel drive. As the 90s drew to a close, other models such as the sleek yet sporty S4 and the compact, high-performing S3 rounded out Audi’s roster. All Audi “S” models come standard with Quattro all-wheel drive.

The new millennium has seen Audi keep pace as one of the most respected luxury names on the market. Vehicles such as the S6, S8, and TT have played a role in Audi’s rise. Audi’s venture into SUVs has also been a successful one. The Q7 is Audi’s first full-size crossover and was introduced in 2006. Available with a V6, V8, or even a V12 engine, the Q7 also features Quattro all-wheel drive and a 6-speed automatic transmission. The Q5 is a compact crossover which premiered in 2008 for the 2009 model year and has helped Audi remain competitive in a class once dominated by its European counterparts. In 2006, Audi began outfitting its models with daytime LED running lights. This trait first appeared on the S6 and has carried on throughout the lineup, most notably with the R8. Another characteristic Audi has been known for is the quality of interior materials, as most modern Audi vehicles feature parts decorated with leather and real wood refinements throughout the cabin.

Unfortunately, we have not yet reviewed the Audi parts and accessories. But you can absolutely free order the review you need by entering the data on the form below.

A slick video looking at the history of Audi, going back to its origins and looking at all its motorsport success. 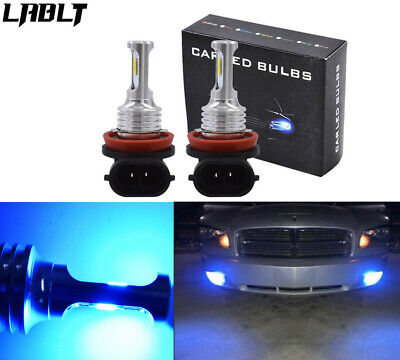 If neither in #3 exist, get your parts rebuilt locally (alternators, steering racks, etc) or specialty rebuilders (speedometer cluster, ABS brake module, etc) with a good reputation on Google My Business, auto enthusiast message boards, etc. .. I...

This new website is designed to better meet the needs of consumers shopping for genuine Toyota and Scion products and allows Toyota South Atlanta to compete both locally and nationally in the genuine Toyota parts and Toyota accessories market. “Toyota...

"If you're a very strong dealer that does a good job with pre-owned, you can be more aggressive on new because you're taking in more trades. Your margins are higher on used. You're taking in More than 60 percent of DCH Millburn Audi's new-vehicle...